Last week I attended the start of a three week Core Strategy hearing process at Hedley Lodge, Belmont.  Below is the report which I presented on 12th February 2015 to the inspector on behalf of residents and Holmer Parish Council on the proposal for around 500 new homes, 350 space park and ride and northern relief road on the Holmer West Site.

“It was disappointing to note that at the hearing  Bloor Homes announced they will be submitting a planning application this month, ahead of the outcome of the public inquiry, and this is despite requests from the council not to do so. 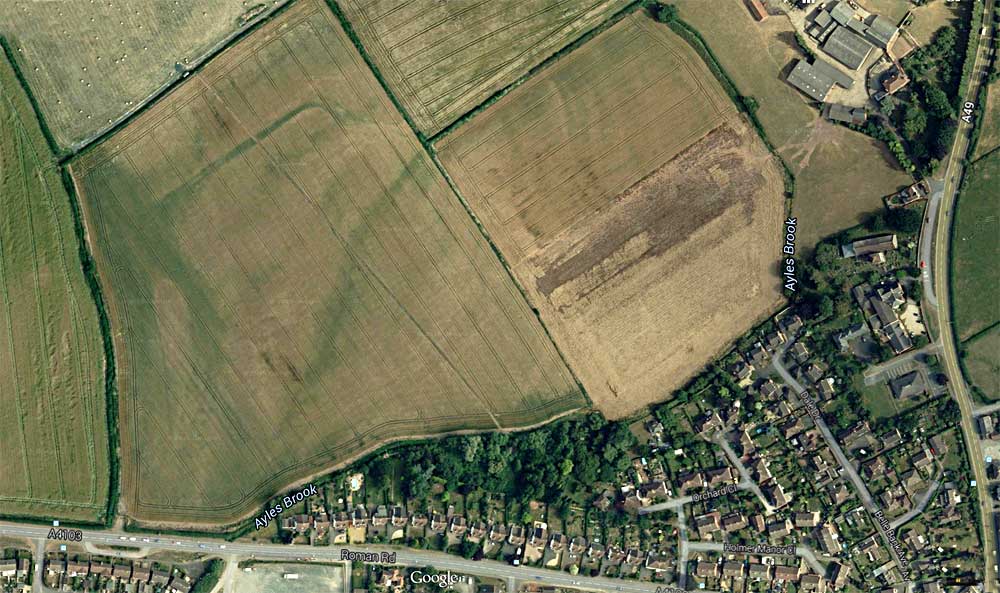 Any development would have a detrimental effect upon the landscape, its vistas of Hereford City and more importantly on the setting of Holmer Church and Holmer House (listed buildings) that lie to the east, which should be preserved and protected.   Evidence has also shown that earthworks indicate the presence of medieval settlements which should remain unearthed.

The area is a principal settled farmland and extensively cultivated as a working farm for many years and remains so today. Good quality land, Grade 2 and 3a.   The site has a high value to the west, north and east, of high to medium sensivity, and will be vulnerable to change.

Severe sewerage constraints, due to hydraulic overloading of the public sewerage network, with no regulatory improvements planned within the current 5 year capital investment programme.   With 462 homes being built and with significant sewerage problems, the sewerage situation will get worse.   We are already seeing this with the ongoing sewerage problems on the Roman Road and we still have more housing at Attwood Lane to be built, 13 at Churchway and now 52 more at Holmer East.

Water pressure is low in the area and further development will only exacerbate these services.      We are already seeing ongoing low water pressure problems above the site at Lyde.

There has always been a history of flooding problems in the area which is a partial  Zone 3 risk in the low lying fields to the south and to sections of the road A4103 opposite the racecourse entrance.

A new junction will be created on the A4103 which will add to the traffic problems in the area and with the history of accidents at Kempton Avenue, major highway improvements will need to be made.   The site would generate high levels of car use due to is location being on the outskirts of the city where primary and secondary schools as well as access to employment are not easily reached unless by a vehicle.  A planned Park and Road on part of the northern expansion area alongside the A49 still relies on the use of the car from this site.   The proposed road through the site would create another rat run which will impact on residents.

This is not a sustainable site, its planned approach would be detrimental to the transport network, landscape sensitivity, Heritage assets and infrastructure, thus is contrary to the Core Strategy Objectives 2, 4, 10, 11 and 12, pages 24-26.”

There was then a long discussion regarding the park and ride proposals, lack of employment sites to service the housing and the major constraints of the site.   During the hearing sessions there has been a debate over the deliverability and costs of the Hereford Relief Road.

I attended the debate today on housing in rural areas which included a discussion on villages where housing development will be restricted to market homes that meets the needs of people with local connections or affordable housing.   Included in the list of villages were Munstone and Shelwick.   However, the inspector raised concerns over the wording of the rural policies,, the outcome of which is  council  officers have been asked to re-look at the wording of these policies.     We ran out of time today discussing development in rural areas and consequently further debate on this topic will take place next week.