The following walk was carried out to inspect the current state of footpath HO1 as requested by Mr Manny Smith, Locality Steward, Balfour Beatty

Map showing the original route of Holmer & Shelwick footpath HO1 (in green) with an alternative temporary path (in red) through Holmer Point from the traffic lights and up Avocet Road.

From the Roman Road (A4103) at SO 502 421 to the footbridge across Ayles Brook at SO 502 422. As can be seen from the photographs parts of the path have become quite overgrown while closed off.

From the current build boundary fence at SO 501 424 to work being carried out on the path from SO 502 423 down to the Ayles Brook bridge. 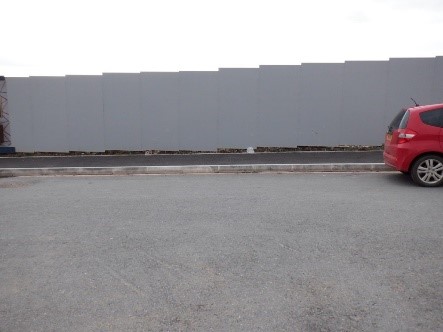 Two temporary stiles at SO 499 424 on alternative HO1 route through Hereford Point down Avocet Road to the Roman Road.

Footpath HO6 – from Attwood Lane to Munstone Road  through the Furlongs. Nothing specific to report apart from the missing dog poo bin.

Footpath HO8A – from Attwood Lane through to the Furlongs (which needs some strimming) and up to the Secret Garden pub.

Footpath HO9 – from Munstone Road to Patch Hill lane only. Carried out some manual cutting back of nettles and brambles