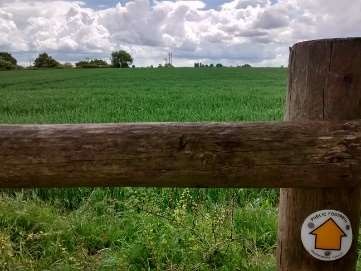 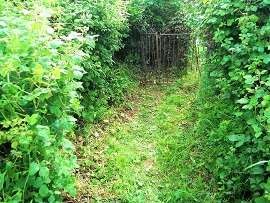 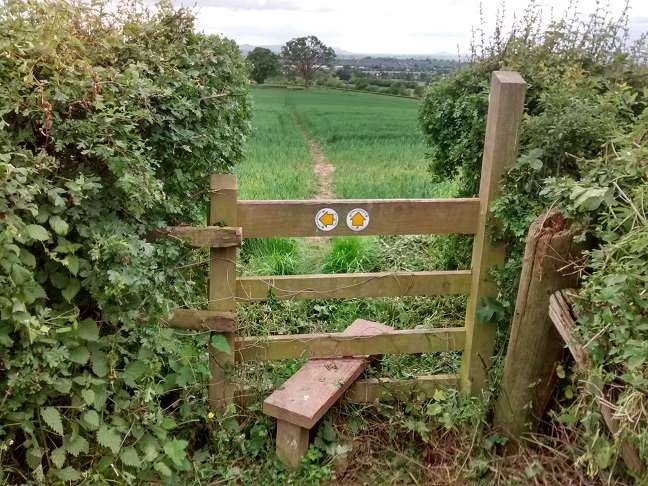 4) HO4 walked from Coldwells Road to the Parish boundary – no particular problems were noted except that the field path south of the stile at SO 509432 had been reinstated on foot, not by farm equipment. The stile was cleared of undergrowth and new waymarks added. 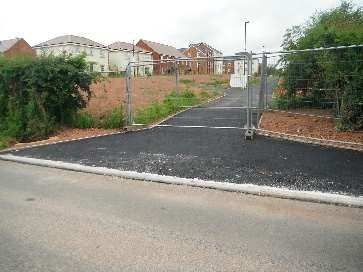 5) HO6 exit from the Furlongs onto Munstone Road nearing completion (see picture). Safety rails and finger post still to be supplied and fixed

6) HO8 path through from Attwood Lane to Roman Road was almost blocked with cut down holly bush debris and nettles. Cleared a path through but the residents
responsible should clear their garden debris from the path. Finger post still required at Roman Road end of the path. 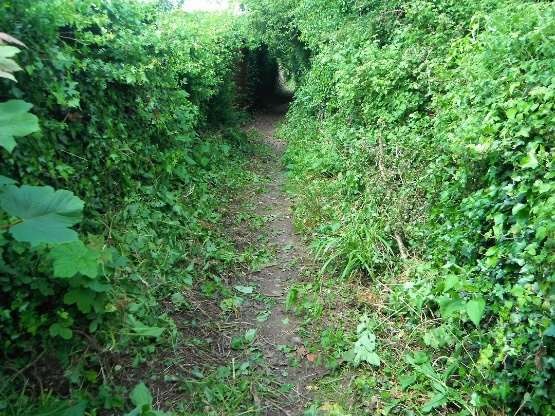 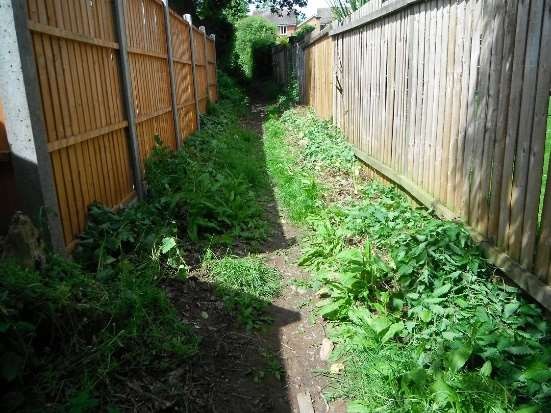 8) HO9 Path Diversion Order 2016 commencing at SO 515 432 has been confirmed by Herefordshire Council but Mr Peter Newman, Open Spaces Society Trustee and Local Correspondent, has challenged Mr Will Steel of Balfour Beatty about this as there are important issues still outstanding from the Order. These include the lack of a finger post, the surface and position of the diverted path and a non-existent gate. 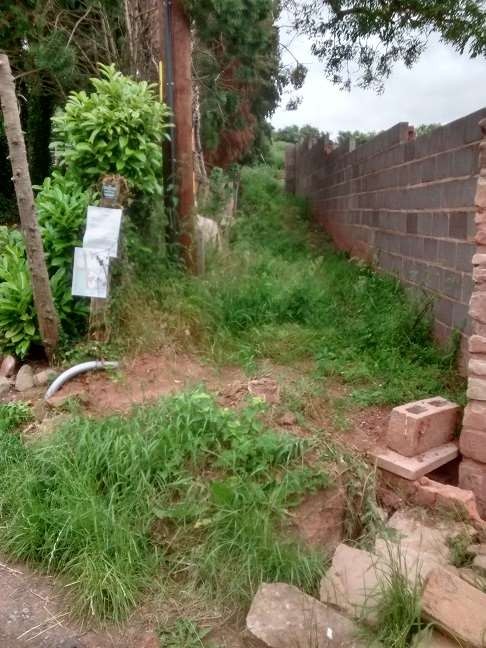 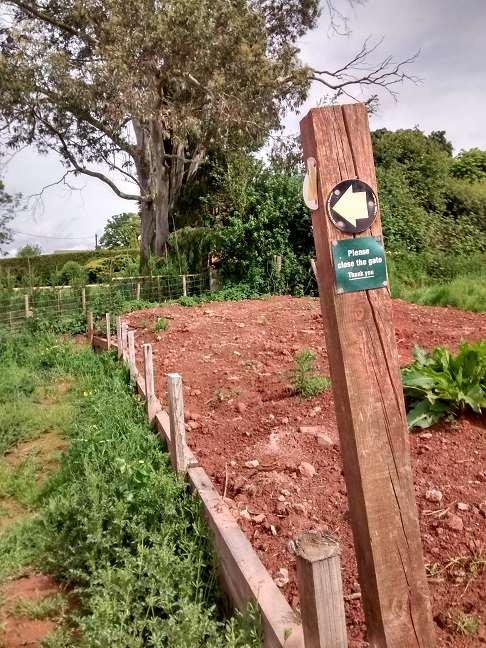 In addition waymarking round the diverted path is confusing and inaccurate 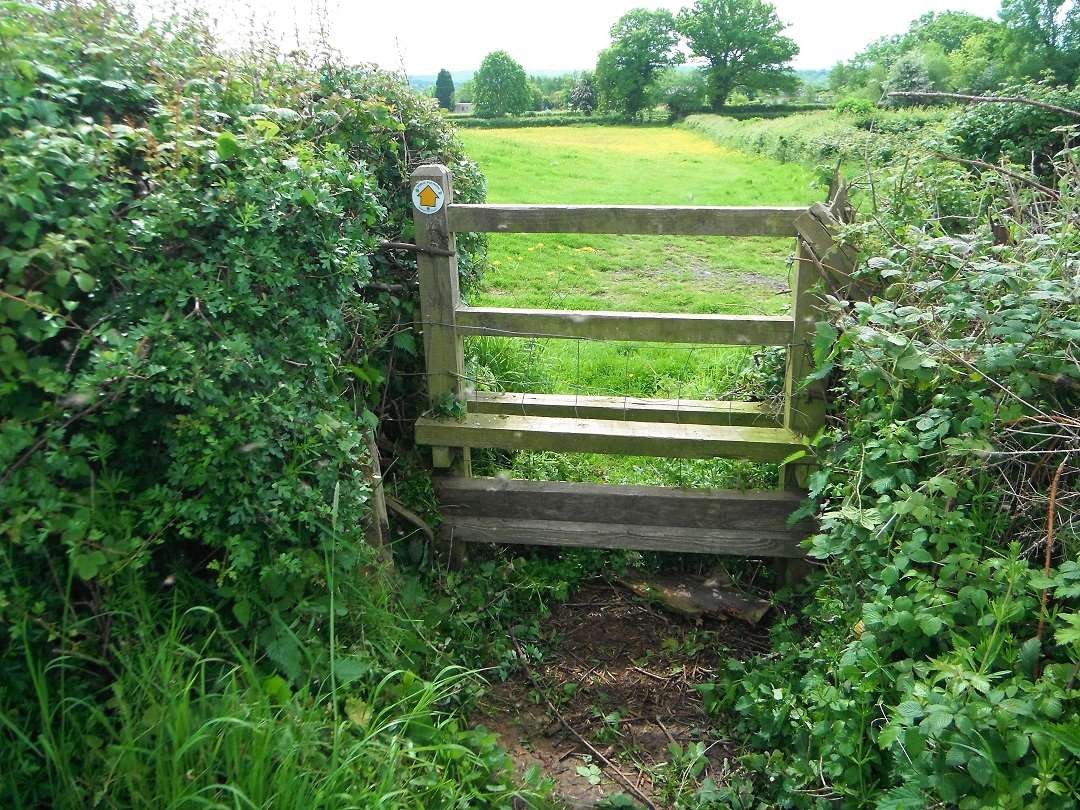 10) HO10 was walked from C1127 (Munstone Road) through to Shelwick Lane. The most overgrown sections were at either end – up to Patch Hill and leading down to Shelwick Lane, both of which have been cleared, as shown below 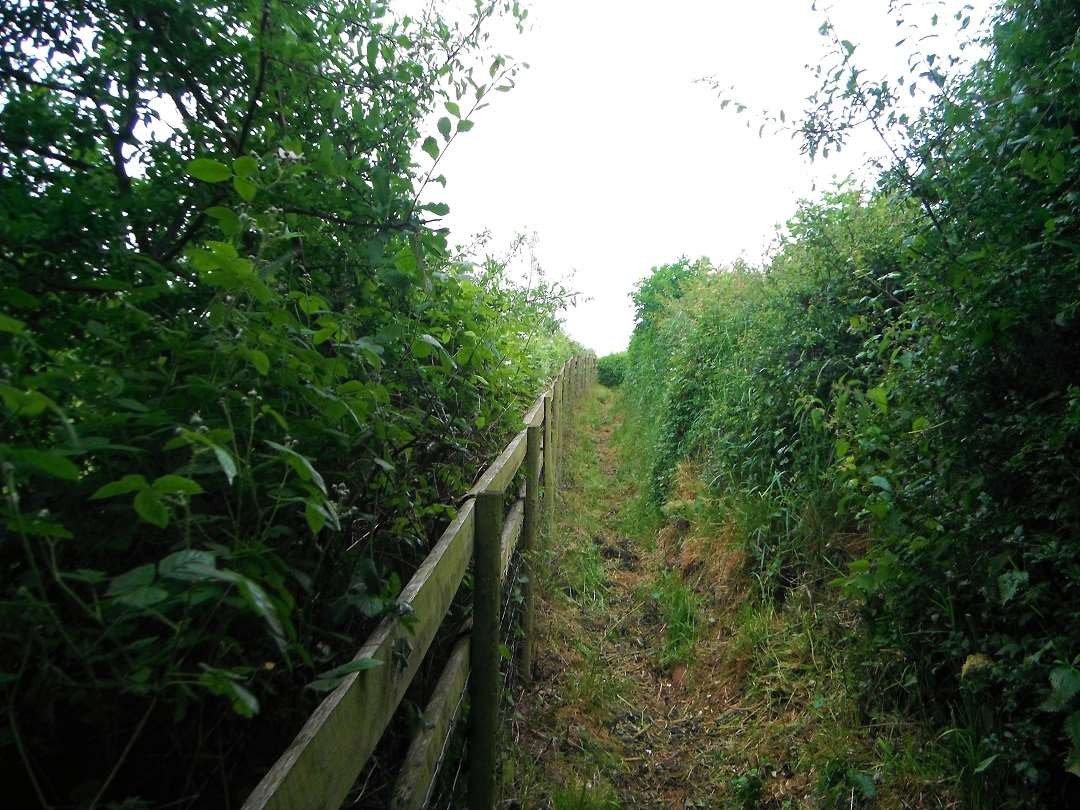 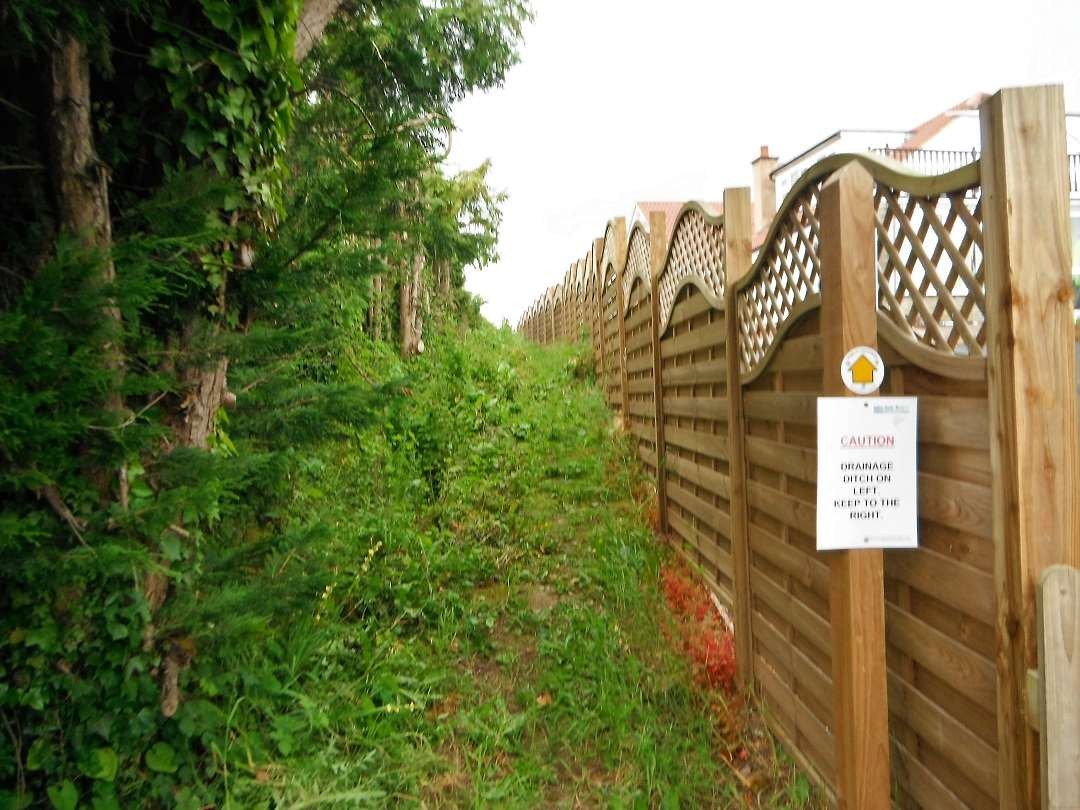 11) Waymarking and stiles on the HO10 section from SO 520433 to SO 523433 is in need of improvement, especially as some field divisions shown on the map no longer exist. 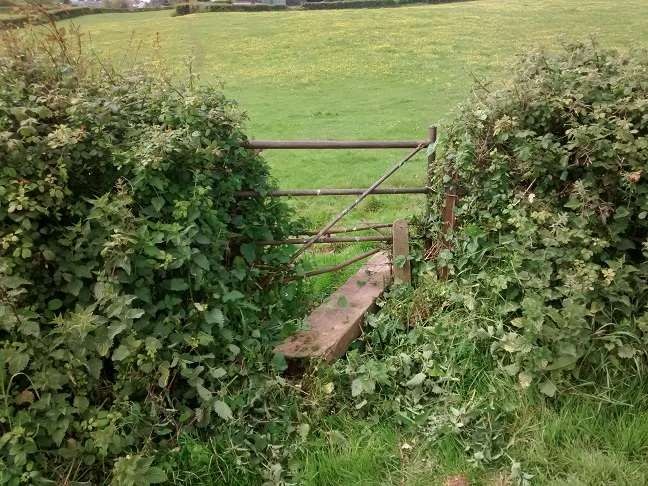 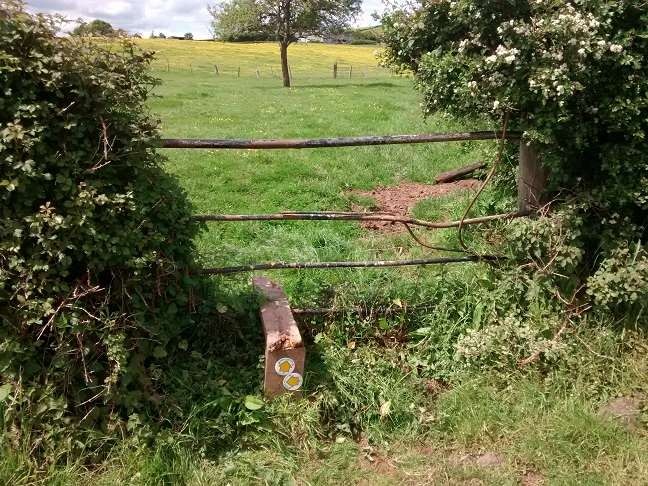 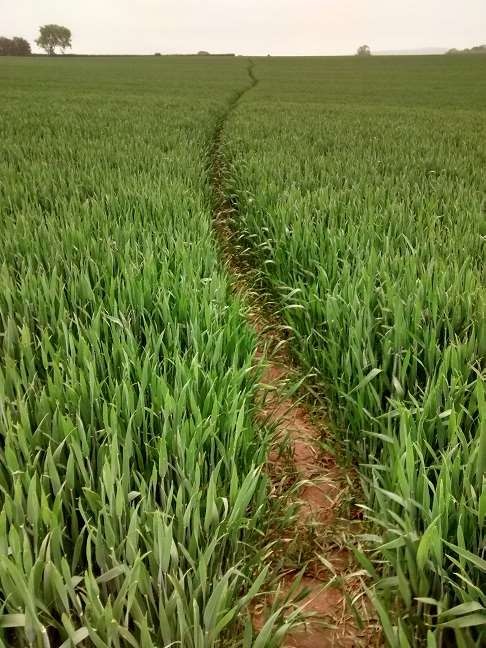 13) HO14 was walked from Shelwick Lane to the stile at SO 521425, after which the path was not reinstated to Burcott Farm (as shown in Item 1) 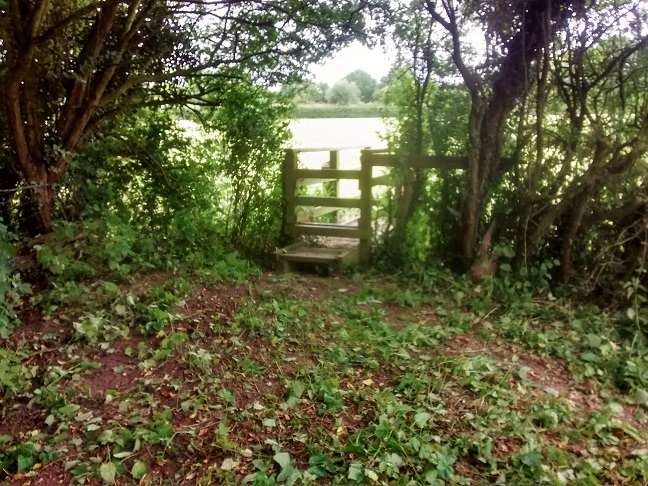 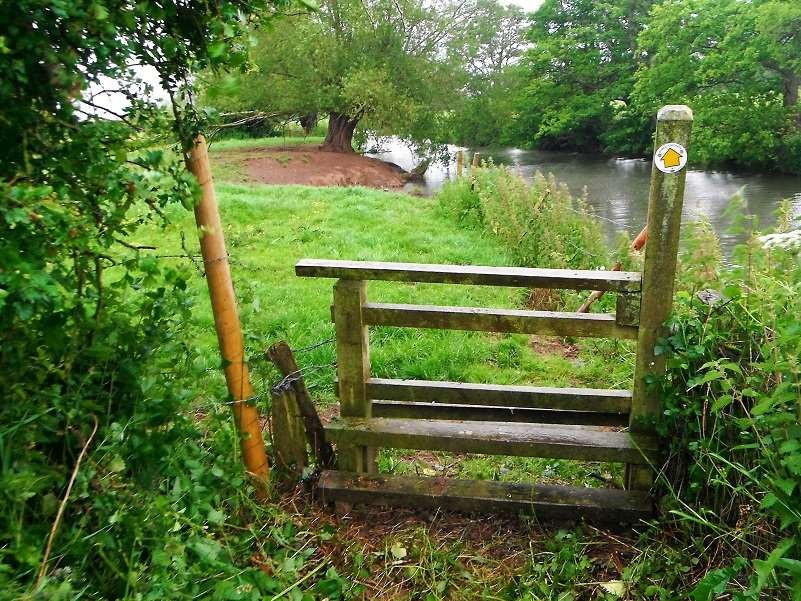 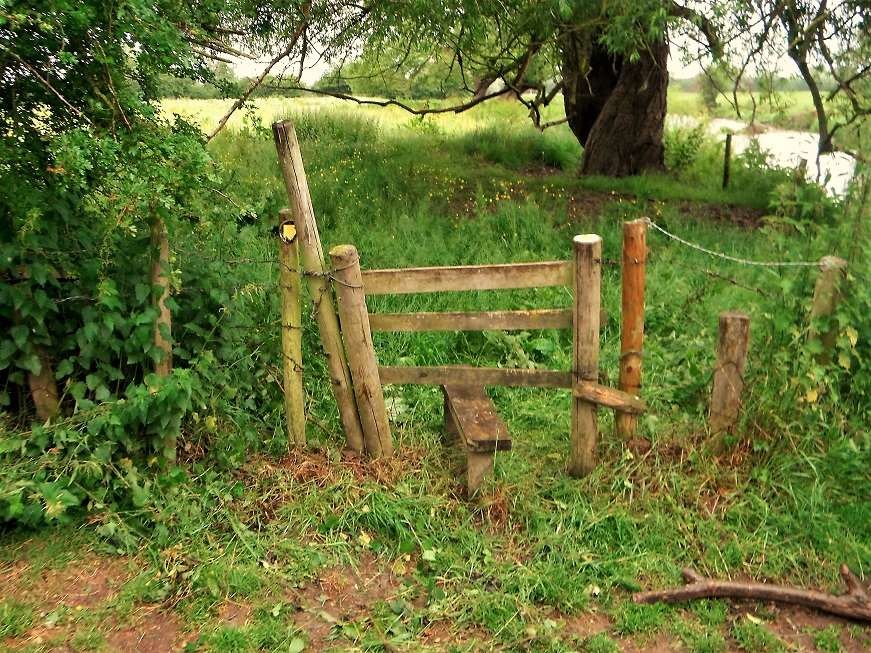 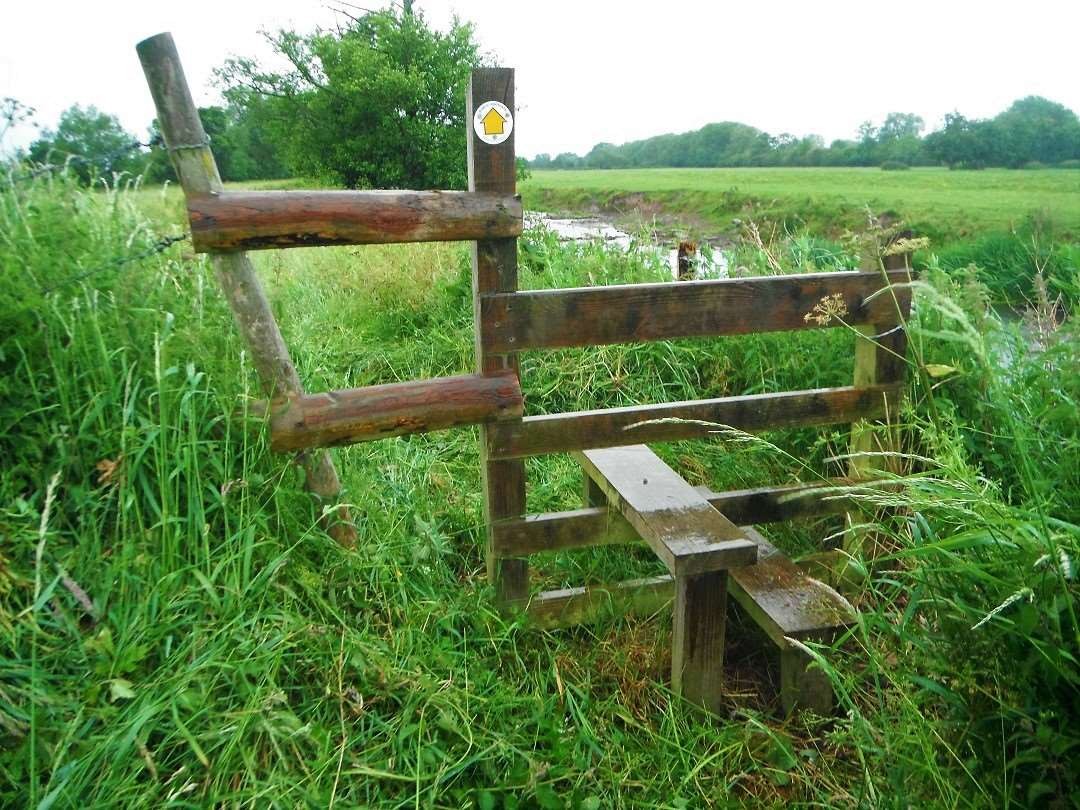