This report is based upon a 7.3 mile walk carried out on Thursday 28th May 2020 over a number of different Holmer & Shelwick Parish paths. This was my first walk on any of the Parish paths since 5th April when I went into lockdown. The sequence is the same as that walked. Many of the stiles had loose cross steps, caused by winter rains and floods followed by extended dry periods.

Maintenance work was limited to cutting back vegetation with secateurs and shears.

Footpath HO6 walked from Attwood Lane through The Furlongs Estate to Munstone Road.

It was completely empty of people and was much tidier than when walked in January 2020 for the Annual Survey.

Safety measures at the Munstone Road end of the path have been completely bypassed because the fencing was never linked to the hedging, so people can effectively run on to the road without taking any care. This needs to be resolved. 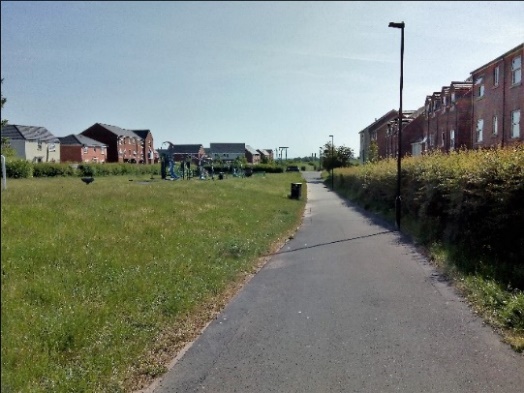 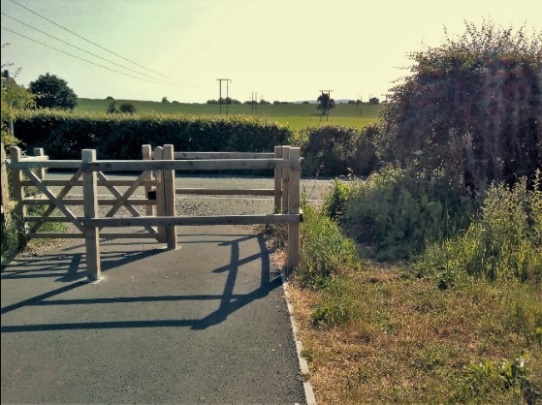 Footpath HO13 – A short walk up Munstone Road lead to the start of Footpath HO13. The stile at the road junction has also been bypassed and the field can be entered without having to use the stile. 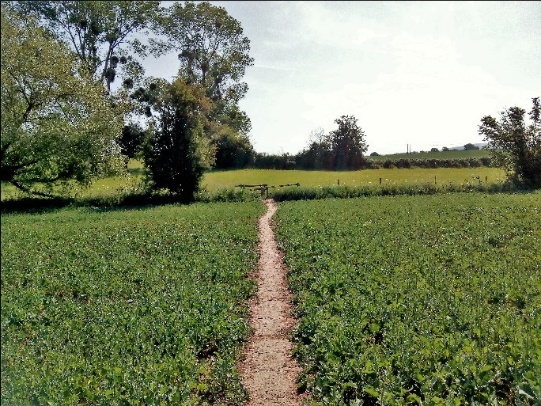 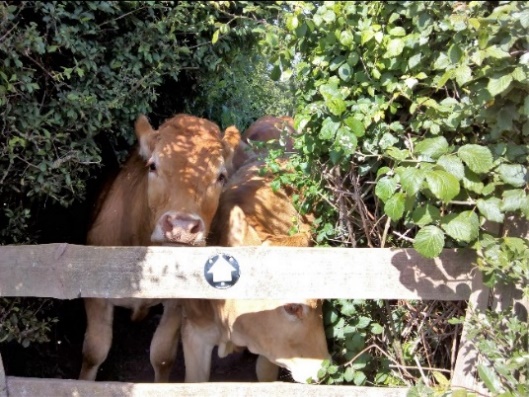 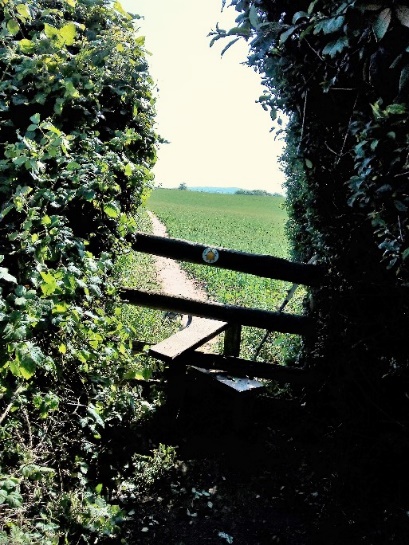 The path through a crop was well defined up to a ditch crossing bridge. The centre plank of the bridge is rotten at one end and will need attention soon. Beyond the bridge the path leads across a pasture to a stile which was becoming quite overgrown – further blocked by some friendly and inquisitive cattle.

Access to the stile was improved. This is a leaning stile with a loose cross step and the structure will need attention when possible. At the junction with footpath HO14 I first diverted north to the steps down to Shelwick Lane (near Patch Hill lane) then returned to the HO13/HO14 junction and went south on HO14 towards Burcott Farm. 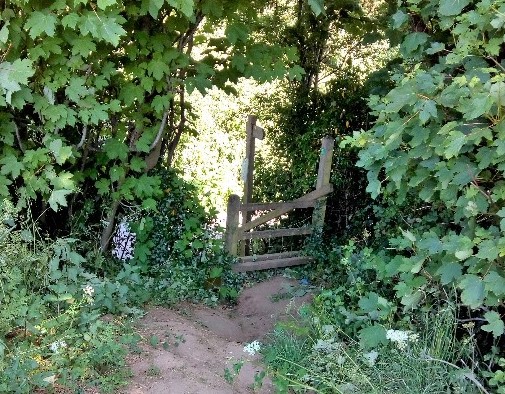 HO14 steps down to Shelwick Lane 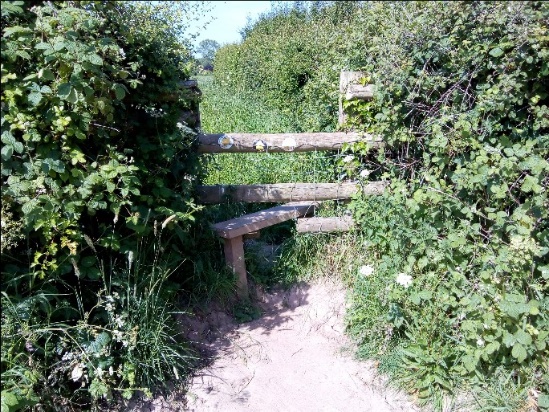 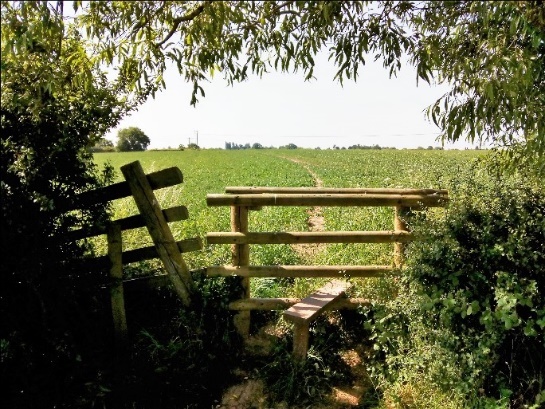 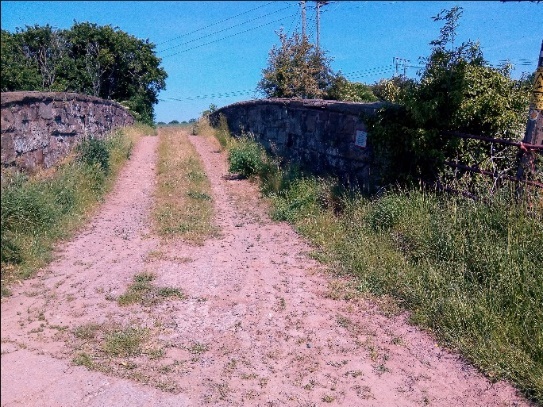 Returning to the HO13/HO14 junction the walk continued east on the HO13 path to Shelwick Lane, near the railway bridge. More cattle were met but showed little interest in me. 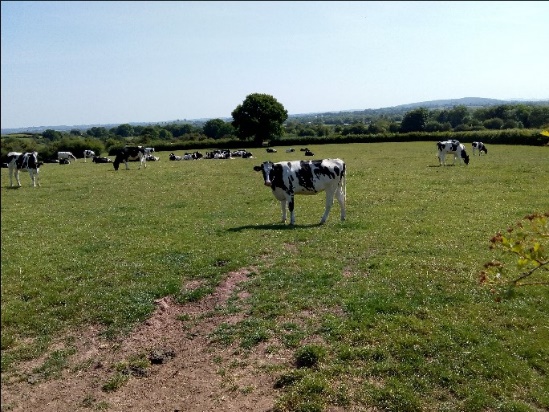 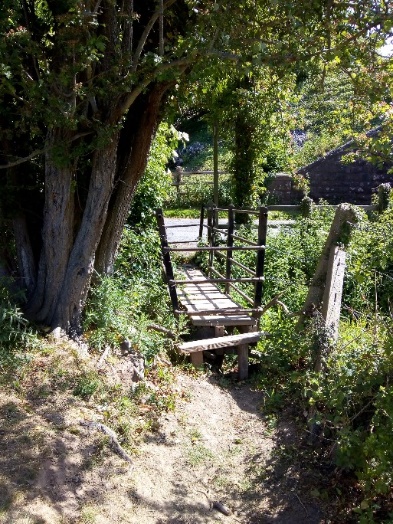 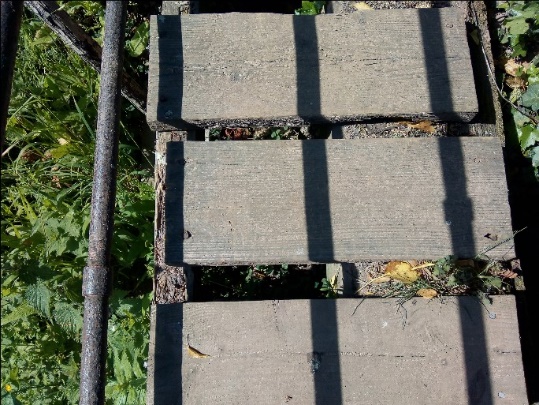 One of the foot boards on the bridge is loose and needs to be fixed urgently.
Turning towards Shelwick Green my route took me on to path HO16 over the railway line and onto path HO17 to head towards the River Lugg and then to the Roman Road near Lugg Bridge 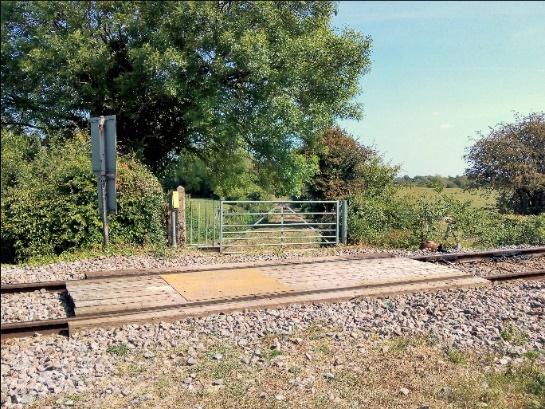 The next two stiles by the River Lugg were well under water during the December 19/January 20 floods. It is difficult to imagine that now after the long May dry spell.
HO17 path terminates up some steps onto the Roman Road, near Lugg Bridge 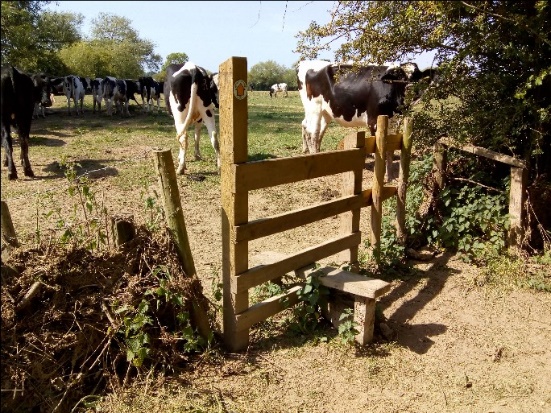 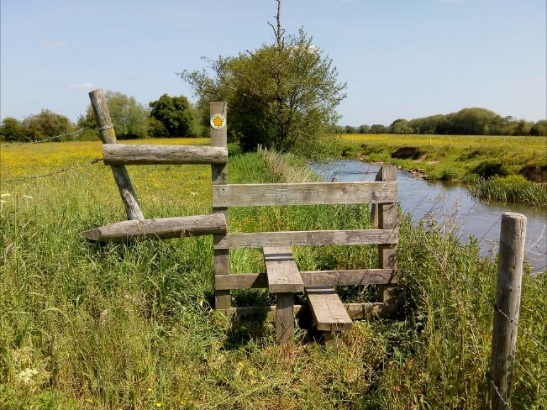 Walking back to Shelwick my route then took me onto the HO10 path which initially follows a very narrow path, close to a ditch. This stretch of the path requires regular maintenance. Fortunately, our Shelwick Parish Councillor very kindly made an excellent job of clearing this stretch of the path in April and it is still walkable. 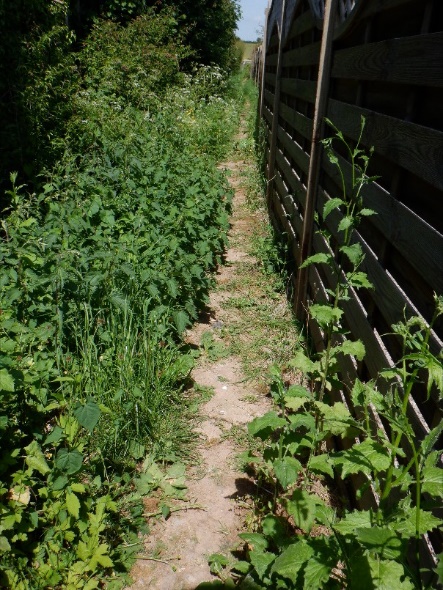 HO10 at Shelwick end of path

At the other end of HO10, near Ivydene, the bushes and brambles to the side of the path were hanging over the path and making it difficult to use. The overhanging vegetation was cleared. 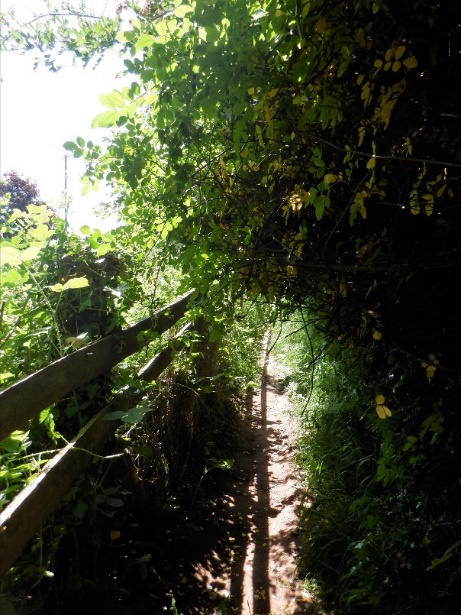 From HO10 my route took me up to Lyde Cross and onto Pipe and Lyde path PL1 to link across to the Holmer & Shelwick path HO4 and from there down to Coldwells Road near Highfield House.
I understand that during the Lockdown period this path has experienced a huge increase in foot traffic from a few individuals to hundreds of walkers. Unfortunately, not everyone has followed the Countryside Code and gates have been left open during the lambing season and some walkers have had picnics in the middle of fields. The footpath is a Right of Way but the fields away from the path are private property and should be respected as such. 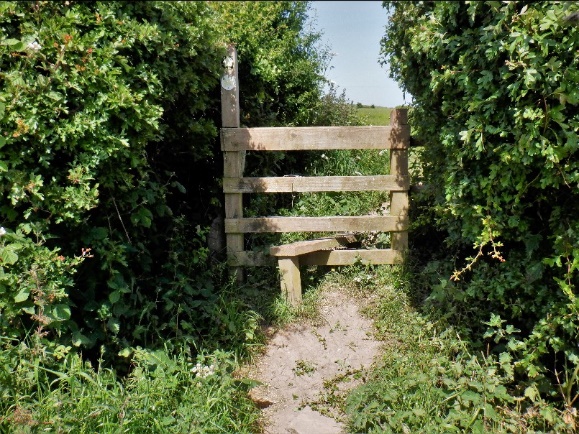 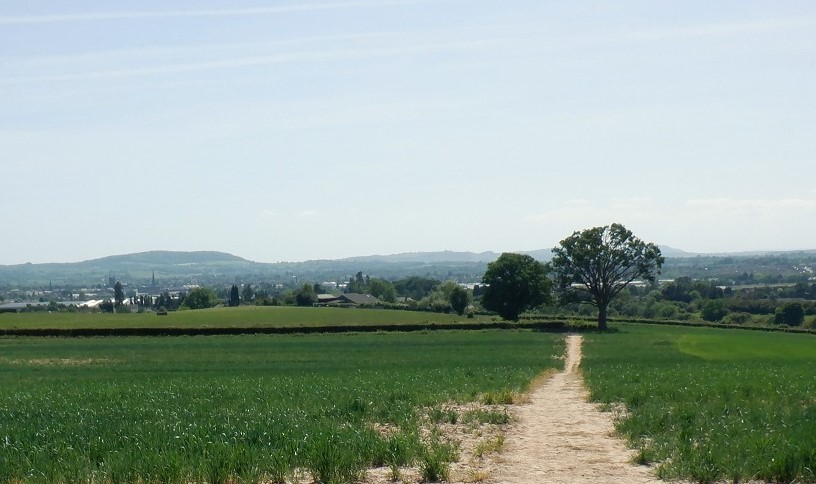 HO4 from the junction stile towards Holmer

Respect – Protect – Enjoy
Respect other people:
• consider the local community and other people enjoying the outdoors
• leave gates and property as you find them and follow paths unless wider access is available
Protect the natural environment:
• leave no trace of your visit and take your litter home
• keep dogs under effective control
Enjoy the outdoors:
• plan ahead and be prepared
• follow advice and local signs