HO4 is a path of two parts – easy walking on established grass pasture for the lower half and more muddy walking on the new growth at the top part. 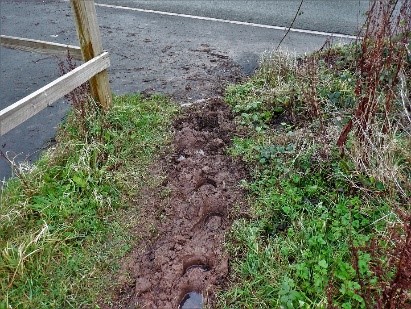 On 25th January went to check the state of the footpaths from Shelwick Green near the River Lugg but was stopped by floods near the junction of HO16 with HO17.