Sunday 9th January – Re-visited the Bridleway HO18 to see what could be done to clear fallen trees and branches reported in December.

The following shows how these trees looked in December 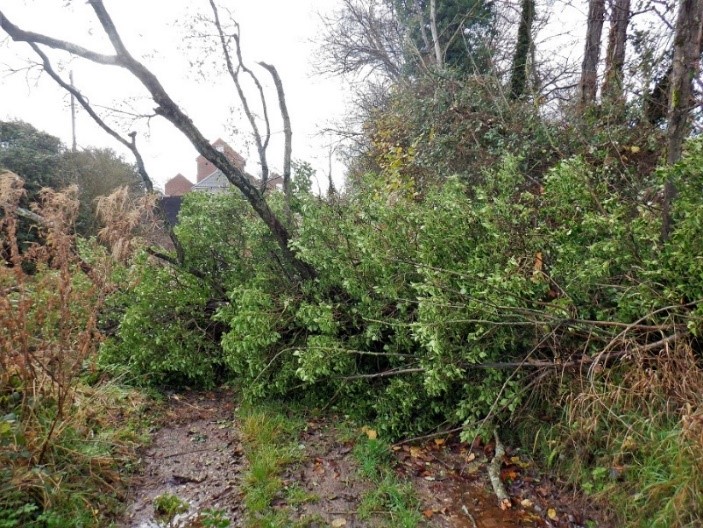 This was reported to Herefordshire Council and has a case reference number of: CAS-824952-H6D6W0

As of 9th January nothing had been done by the Herefordshire Council so an attempt was made to clear the debris. The tree in the first picture was cut back completely and the debris put at the side of the bridleway. The second tree was much more difficult to deal with but a trunk, two large branches and much of the vegetation was cut back to make a way through. However, the bottom trunk could not be cut with a bow saw and a chain saw may be required.

A chainsaw would ease clearing the remaining timber but I have not had safety training in the use of, or access to one.

2) The other locations identified last month, spread along the Bridleway up to the railway line, were either cleared or access cleared through the debris

The Parish Honda strimmer has been collected from Ron Smith, Hereford after servicing and starts first time and is ready to tackle the paths again in 2022.