The good news is that Balfour Beatty has cleared the tree debris from the HO18 bridleway near to the Lugg Bridge on the Roman Road. Thank you for that.

The not so good news is that other tree damage reported previously, further into the HO18, remains and has been augmented by additional branch falls. I will try to clear some of the debris during the month. 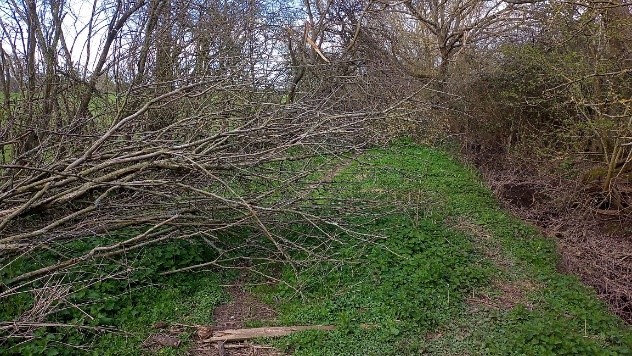 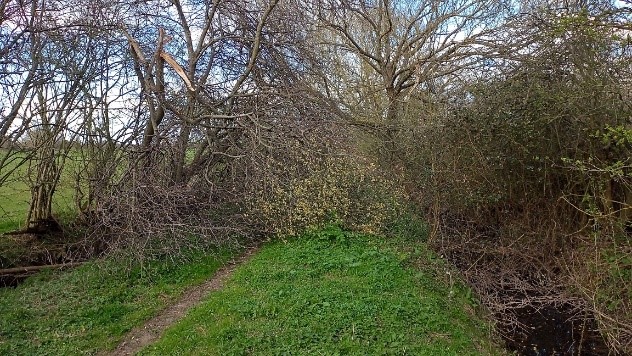 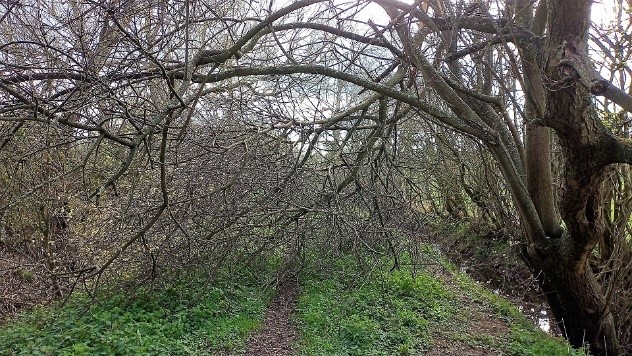 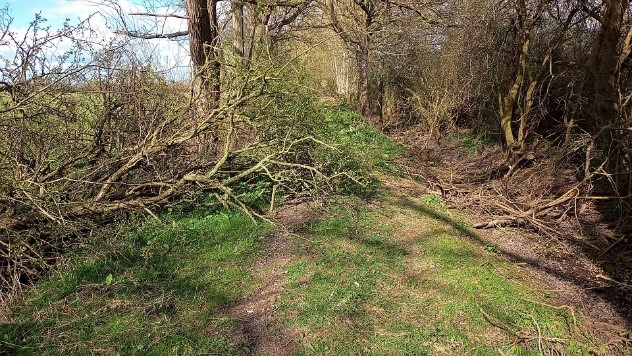 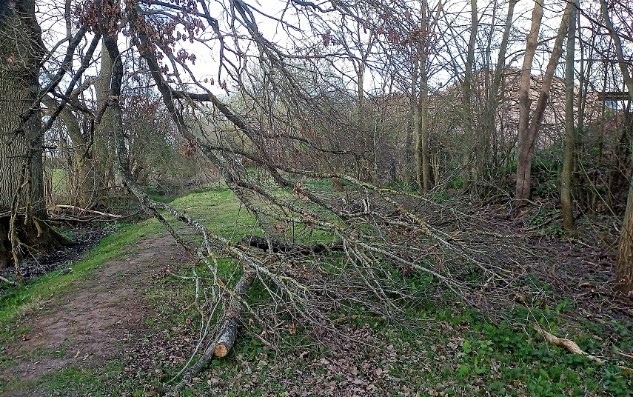 Monday 4th April – a further 3.6 miles walked over all or part of paths HO3, HO9, HO10, HO14, HO13 and HO8A. The most important change noted was that a finger post, handrail, stile and steps down to Shelwick Lane have been fixed – brilliant! Thank you, Balfour Beatty and Herefordshire Council. 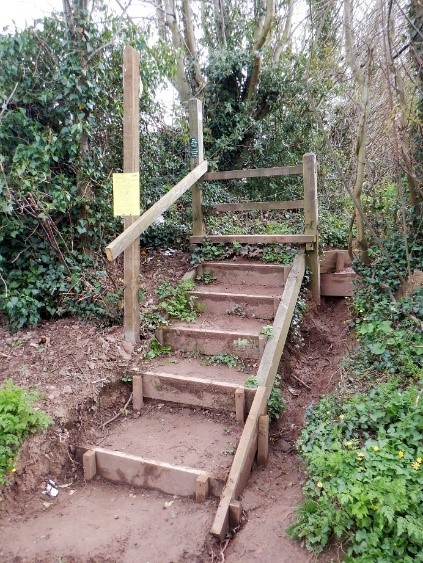 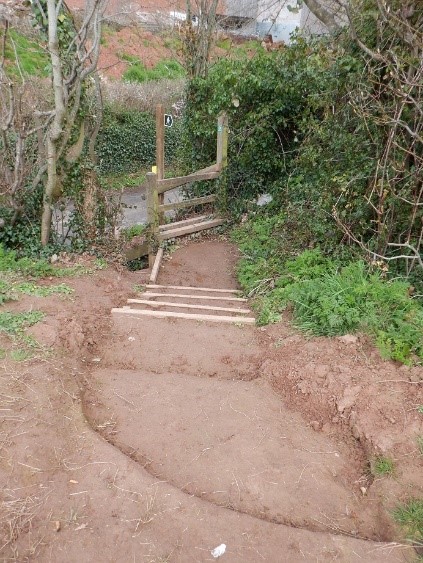 This was the first time, since the pandemic, that I had walked the full length of path HO9 from White House Farm, Munstone Road down over Patch Hill lane and on towards Shelwick Lane, passing through a garden. 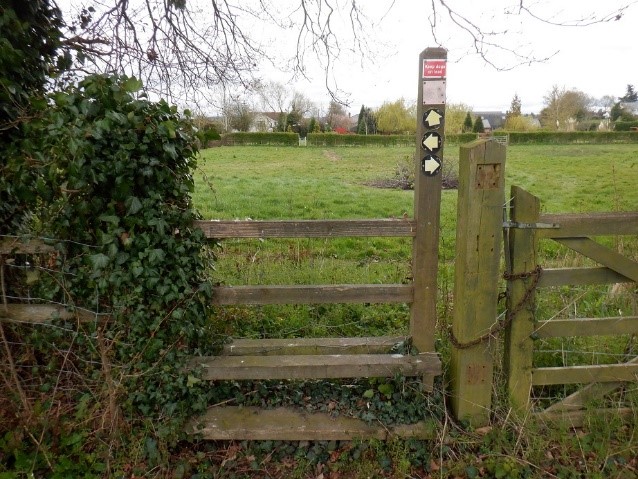 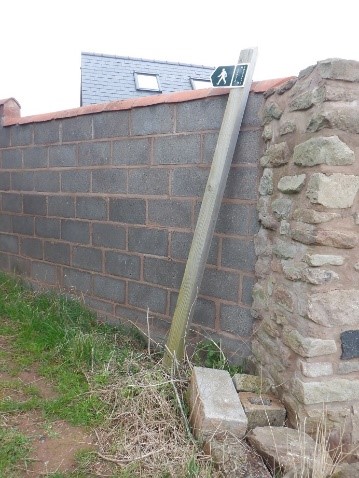 A fence on path HO8 near the Roman Road is now at an alarming angle, leaning into the path, and also needs to be fixed. 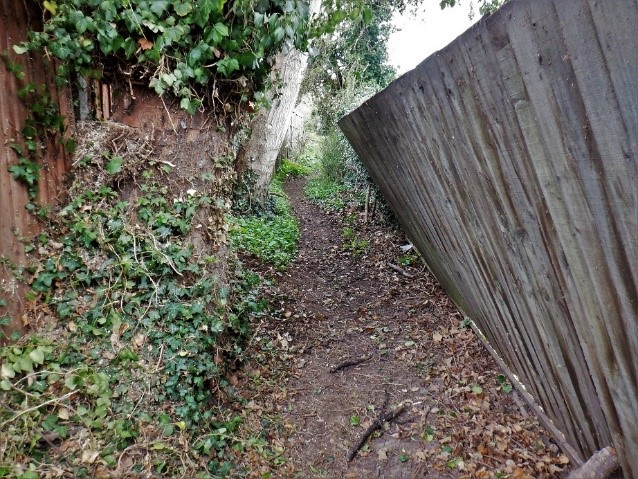 It was a good day for walking with great views over towards Hay Bluff and The Skirrid and the Coldwells pond is looking much more like a pond! 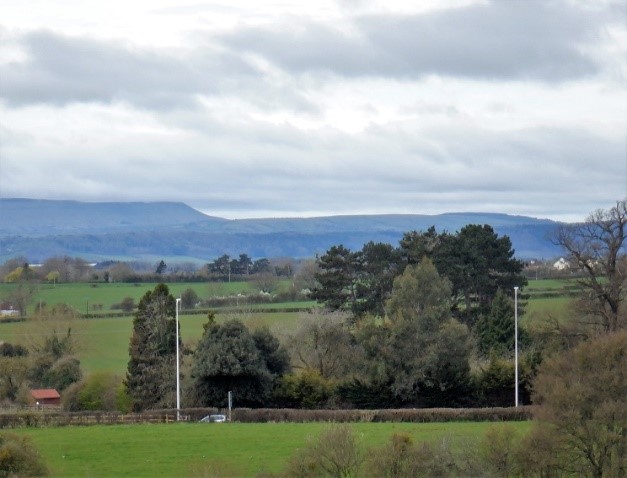 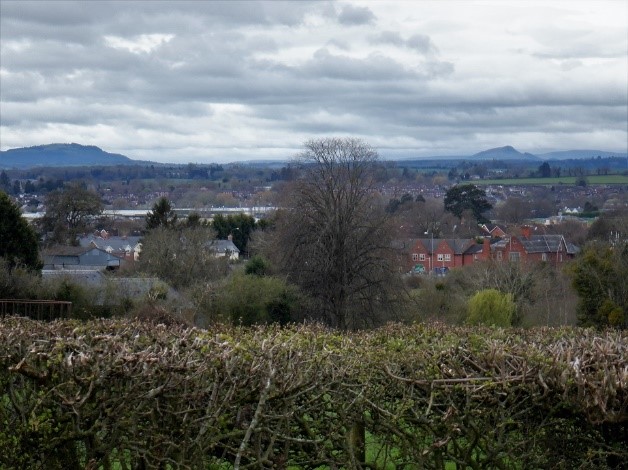 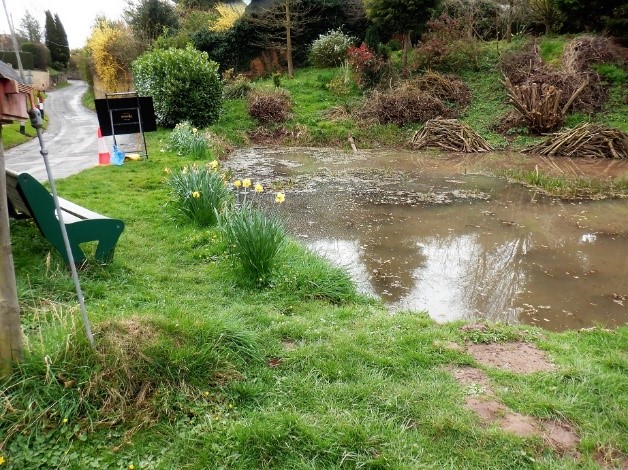