1) Request received from a Roman Road resident to clear brambles and obstructions on Parish Footpath HO1. Path cleared on 8th March 2017 including cutting brambles back and moving tree obstruction (between steps and bridge into field) 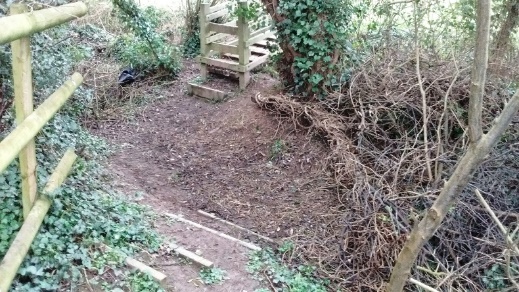 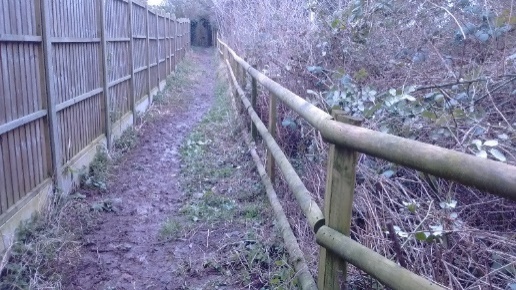 2) Advised by Manny Smith this morning (11/03/17) that some clearance work had been carried out on Bridleway HO18. Also, that the missing /broken finger posts had works orders issued and should be resolved in due course.

3) DGS checked HO18 after talking to Manny Smith and found that the trees had indeed been cleared plus some other brush work. That leaves about 100 yards of brambles and undergrowth near the Roman Road gates which need to be cleared if a horse is to use the Bridleway. At present it is too narrow and too close to barbed wire to be used by a horse and rider. 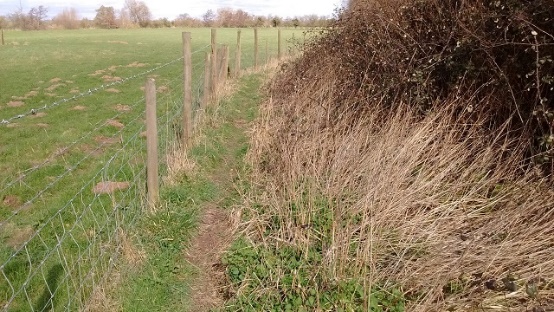 5) The “Public Notice of Making” fixed to the Furlongs end of H08A has been removed by DGS as agreed with Jill Addis at Herefordshire Council/Balfour Beatty Rights of Way and “temporary” waymarks have been attached to Attwood Lane end of path and Furlongs end of path pending erection of fingerposts. 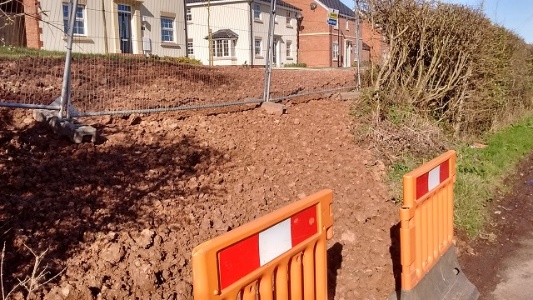 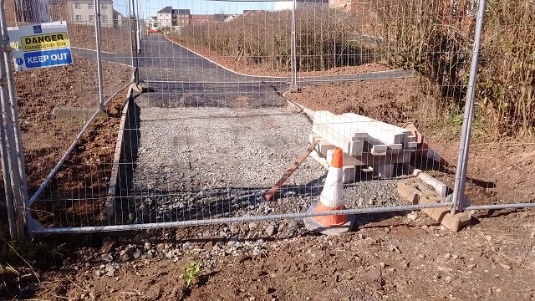